In 2016, a formal apology was delivered to the ‘78ers’ by the Corporate Sponsor for Sexuality, Gender Diversity and Intersex, Supt Tony Crandell. This was an apology for the way the first group of Mardi Gras protesters were policed back in 1978 and acknowledged the pain and hurt that the police actions caused at that event. This text of this apology follows: 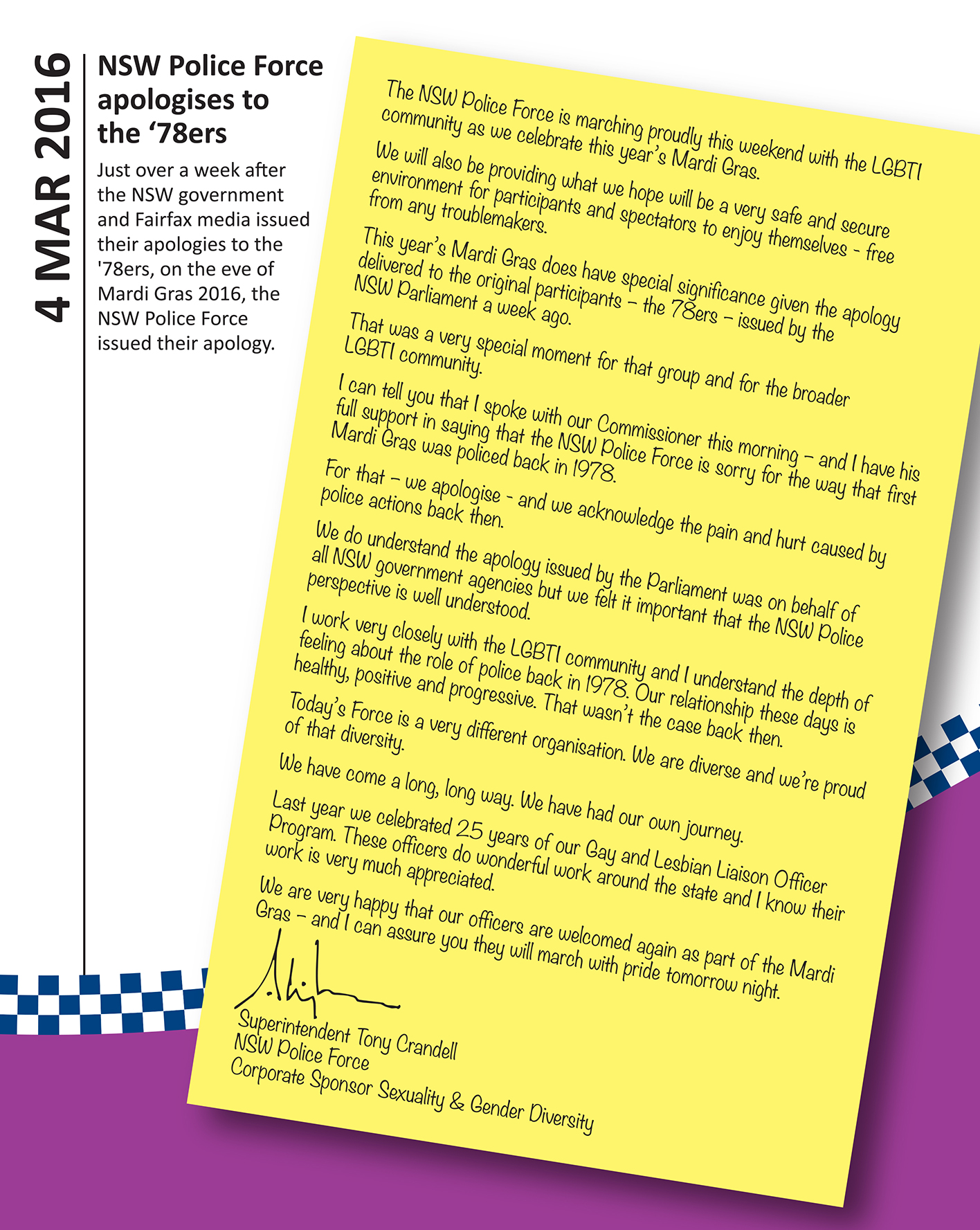