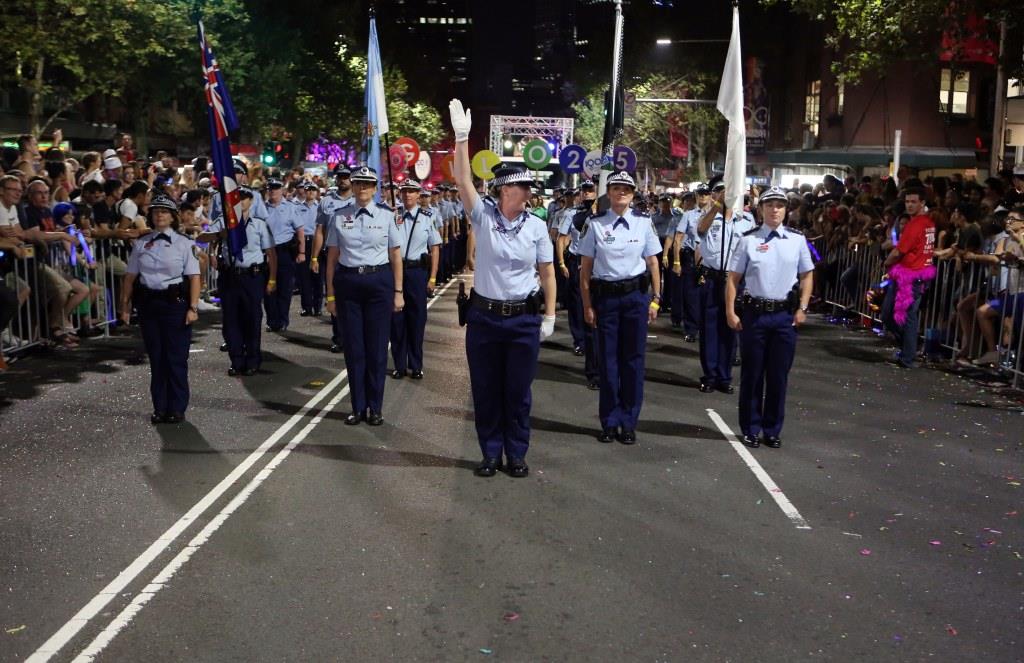 The New South Wales Police Force has a policy and program area supporting members of sexuality, gender diverse and intersex communities. The 'GLLO' program - Gay and Lesbian Liaison Officers - have served the LGBTIQ communities for almost 30 years. They are located in many police stations across NSW and actively liaise with their local LGBTIQ groups and stakeholders (see below to contact a GLLO).

The NSW Police Force has recently updated its policy on Sexuality, Gender Diversity and Intersex, continuing its commitment to working in partnership with lesbian, gay, bisexual, transgender, intersex, queer/questioning communities across NSW. Read our policy (PDF)

Each year the NSW Police Force supports a number of key community events such as International Day Against Homophobia, Biphobia and Transphobia in May, Wear it Purple Day in August, Transgender Day of Remembrance in November and the Sydney Gay and Lesbian Mardi Gras in February/March. 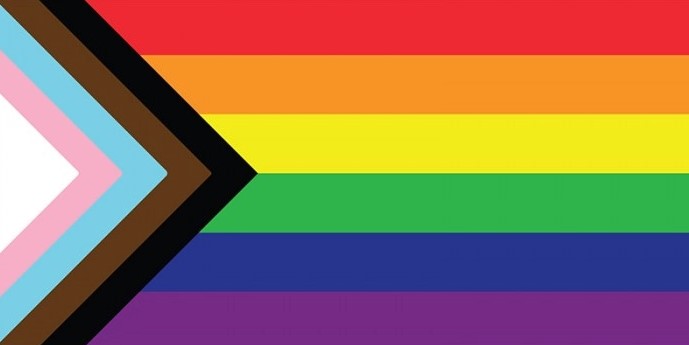 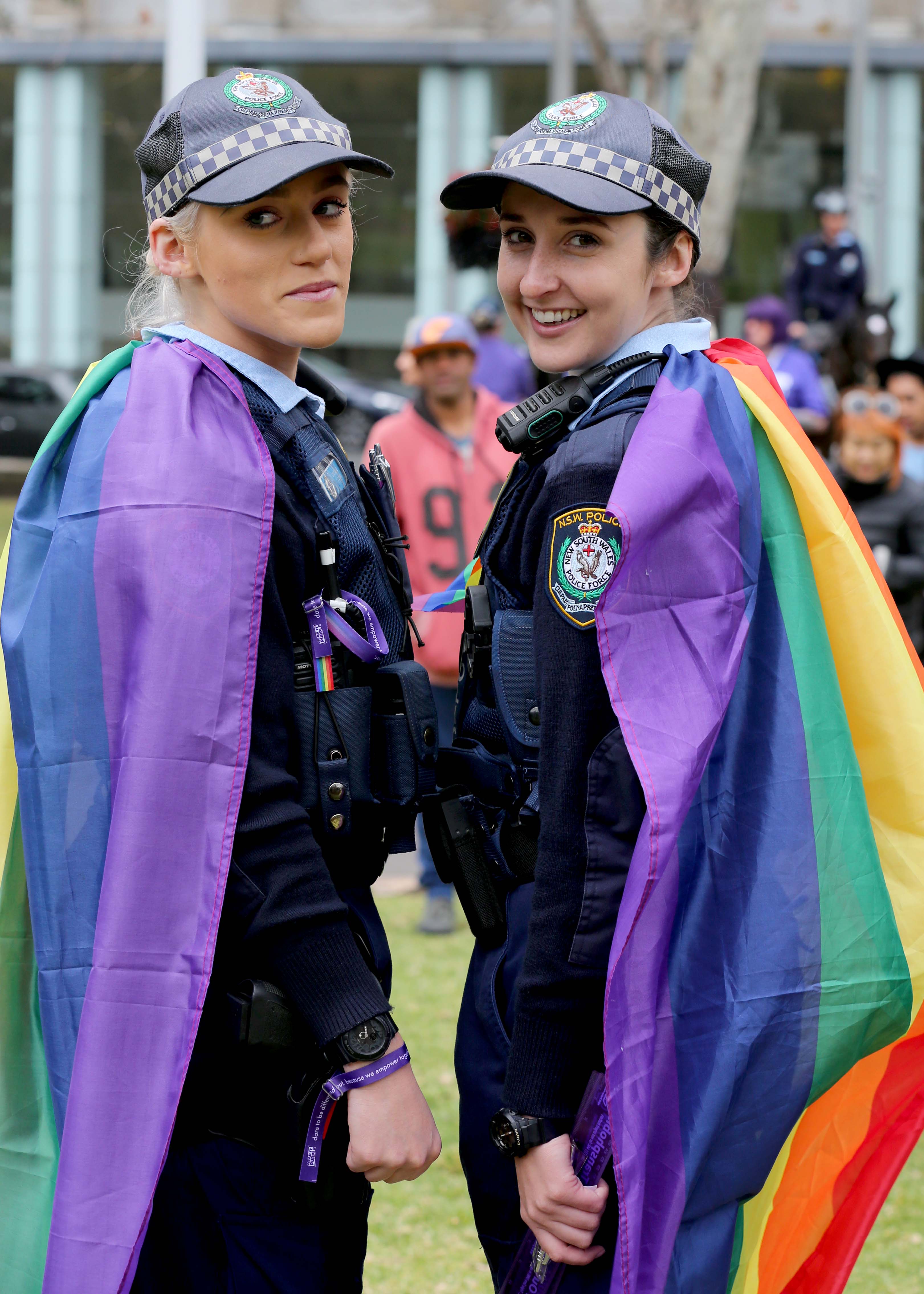 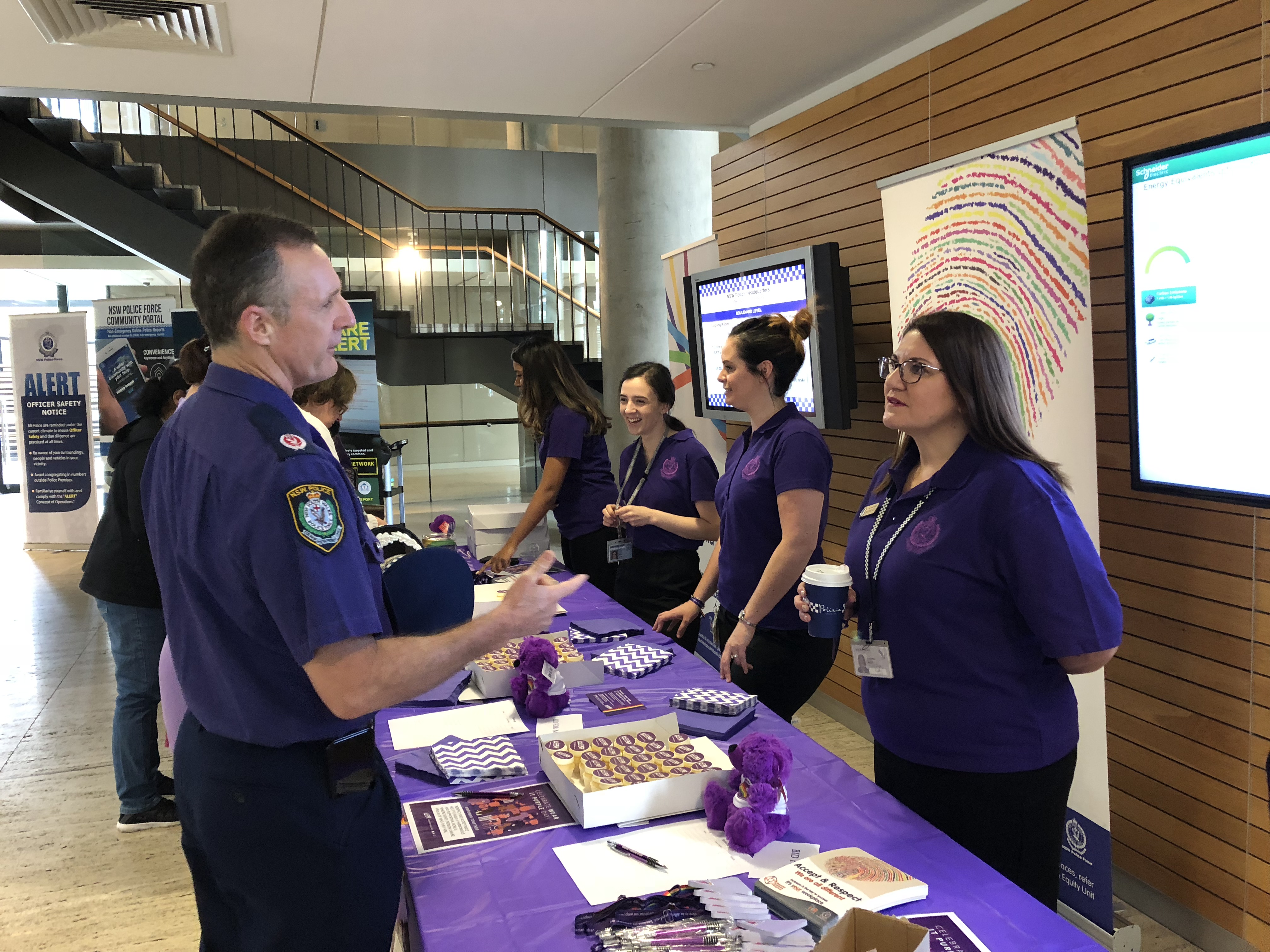 Police officers from a range of commands across the state support community engagement events such as Wear it Purple, building trust and confidence in police amongst LGBTIQ communities. In addition, these events provide opportunities to increase awareness and educate police about LGBTIQ community issues, and assist in implementing diversity and inclusion strategies internally.

The NSW Police Force is a member of Pride in Diversity – a non-profit employer support organisation assisting a range of corporate and government agencies to become more inclusive and supportive of LGBTIQ staff. As part of this commitment, we participate in the Australian Workplace Equality Index (AWEI). This year, the NSW Police Force achieved Silver status on this Index, recognised as an employer highly active in LGBTI inclusion, doing a substantial amount of work in this space.

Recently, the NSW Police Force released its first ‘Transgender and Gender Diverse Employees Policy’ to support the growing number of staff and new employees identifying as gender diverse or transgender. This policy addresses key health issues and priorities identified by transgender and gender diverse people across the state, including up to two weeks leave, in addition to standard leave entitlements, to support both them and their workplace through their transition.

Accompanying this policy are comprehensive management guides to Commands support employees and teams throughout the process.

The NSW Police Force is a member of the Welcome Here Project, promoting our commitment to providing a welcoming and inclusive space for LGBTIQ people. 2021 – A year of achievements in the NSWPF Sexuality, Gender Diversity and Intersex portfolio

This year has been extremely challenging for most people and I would like to acknowledge and thank the community of NSW for working with authorities to respond to the pandemic. Policing in this environment has also been challenging and our GLLOs (LGBTIQ Liaison Officers) have done a remarkable job in continuing to advocate and promote LGBTIQA+ awareness and inclusion in this complex environment. Our ‘GLLObies’ – awards for outstanding GLLOs and allies – in November identified 13 outstanding officers who went above and beyond their substantive duties to ensure members of the LGBTIQA+ communities and NSWPF employees were supported this year. Congratulations to all officers nominated and awarded for these efforts. As we move closer to World Pride 2023 I am confident that the NSWPF is in a very good place to support this international PRIDE festival and, as Commander for World Pride, I will make it a priority to ensure events are safe, fun and secure for all participants.

Below are some highlights of our year, 2021.

WELCOME HERE AND GLLOS IN YOUR AREA POSTERS:

We are pleased to publish the final report by Strike Force Parrabell, including an Academic Review conducted by Flinders University.

Firstly, I’d like to acknowledge the diligent work of all who contributed to the reports, both from within the NSW Police Force and Flinders University.

Both sets of findings comprise a review of 88 deaths between 1976 and 2000, each listed as potentially involving motivations of gay-hate bias. Both reviews focussed on whether gay-hate bias could be established, with a view to developing recommendations for improvements to policing.

Strike Force Parrabell was created with an overriding objective:
To bring the NSW Police Force and the Lesbian, Gay, Bisexual, Transgender, Intersex and Queer community closer together by doing all that is possible from this point in history.

The NSW Police Force acknowledges without qualification both its and society’s acceptance of gay bashings and shocking violence directed towards gay men, and the LGBTIQ community between 1976 and 2000. The review of these 88 deaths by Strike Force Parrabell is not designed as commentary upon the level of violence directed towards the LGBTIQ community during these times.

It is clear and beyond question that levels of violence inflicted upon gay men in particular were elevated, extreme and often brutal. The victims of many crimes fell outside the scope of Strike Force Parrabell due to their survival. Many of these people were fortunate to live.

Based on societal values and attitudes at the time, I acknowledge the likelihood of historical bias, whether in small groups or more widespread across the organisation.

This, however, is absolutely not acceptable in the culture of a modern-day NSW Police Force and I can assure the community there are policies, procedures, and systematic checkpoints in place today that negate inaction due to bias.

On behalf of the NSW Police Force – I acknowledge an absolute requirement to never let history repeat.

With that in mind, the report includes a series of recommendations for the NSW Police Force, which strive for best practice, and aim to continually strengthen its relationship with the LGBTIQ community.

Historically, police and the LGBTIQ community had quite a tumultuous relationship, as demonstrated in 1978, but in recent times, we have progressed in leaps and bounds. We now enjoy a strong and inclusive relationship, but we know it can always be stronger and more inclusive, and I made many of the recommendations with that in mind.

Finally, I pay my respects to the 88 victims and their families, and acknowledge the compassion and strength of the LGBTIQ community for their perseverance in the fight for justice for all victims.

GLLOs (originally called Gay and Lesbian Liaison Officers) are contact officers for the broader sexuality, gender diverse and intersex communities. Their training includes specific information on the history of the relationship between police and LGBTIQ communities, challenges and sensitivities experienced by some community members to engage with police, and effective responses to people who become victims of crime. They also assist other police to respond to homophobic and transphobic incidents and work with the Engagement and Hate Crime Unit and other specialist areas. Another aspect of their role is to champion LGBTIQ inclusion at work and provide support to LGBTIQ staff.

To contact a GLLO, call your local police and ask to speak with a GLLO – LGBTIQ Liaison Officer. Many police stations have a GLLO but these officers may not be available immediately. Please do not wait to report a crime – report it immediately to your local police. You can request follow-up support from a GLLO. If the local police station does not have a GLLO, contact the Region Sponsor, Sexuality, Gender Diversity & Intersex who can locate a GLLO nearby for you:

Currently (July 2021) the Region Sponsors are:

In 2016, a formal apology was delivered to the ‘78ers’ by the Corporate Sponsor for Sexuality, Gender Diversity and Intersex, Supt Tony Crandell. This was an apology for the way the first group of Mardi Gras protesters were policed back in 1978 and acknowledged the pain and hurt that the police actions caused at that event. This text of this apology follows: The New South Wales Police Force takes the issue of hate motivated crime seriously and encourages the reporting of all incidents. The available evidence suggests that during periods of high visibility eg Mardi Gras festival season, there may also be an increased risk of abuse and even violence. Please take note of the safety tips below to look after yourself and your friends. Report anti-social and violent behaviours to the police immediately.

Harm to the victim and the community

Hate crimes not only harm the victim, they harm the victim’s group, and society as a whole. For victims of crimes motivated by hate, for example homophobia or transphobia, it can be one of the most traumatic experiences of their life. They find themselves victimised for characteristics which are intrinsic and unchangeable, and the repercussions of the crime can be felt throughout the entire community.

Hate related violence can be random. You can reduce the chances of being attacked or harassed by following some general safety tips.

What To Do If You Are Attacked

Do Not Be A Silent Witness

It is not uncommon for victims of this type of crime not to report the matter to police. This can be for a variety of reasons and may include:

To assist all officers to understand the challenges and expectations of LGBTI communities the NSWPF has a network of Gay and Lesbian Liaison Officers (GLLOs) across the state.  GLLOs are also active in their local communities to ensure open communication and exchange of information for the benefit of the local community.  Over time these relationships should lead to improved confidence by LGBTI communities in the police. This in turn should lead to improved rates of reporting of crime and violence.

Homophobic violence affects everyone in the community. If you see something, say something – make sure you report the incident to police.

In 2015 the NSW Police Force celebrated the 25th Anniversary of the GLLO Program. 25 years and GLLO-ing is a colourful display of history, featuring highlights over the 25 years.

The history of Gay and Lesbian Liaison Officers – GLLOs – is explored and displayed highlighting milestone events and achievements. The oldest program of its kind in Australia, GLLOs have served the LGBTI communities for over 25 years. Profiles of some of our longest serving GLLOs and our newest additions are complemented by colourful photographs of GLLO events during this period.

To commemorate 100 years of women in policing in NSW special tribute was made to our female GLLOs and allies who have helped to create a supportive and inclusive environment for LGBTI officers, staff and the community members we serve.

This display has now been installed at the police Academy in Goulburn to ensure that all of our recruits and visiting officers are made aware of the colourful and rich history behind the GLLO Program.