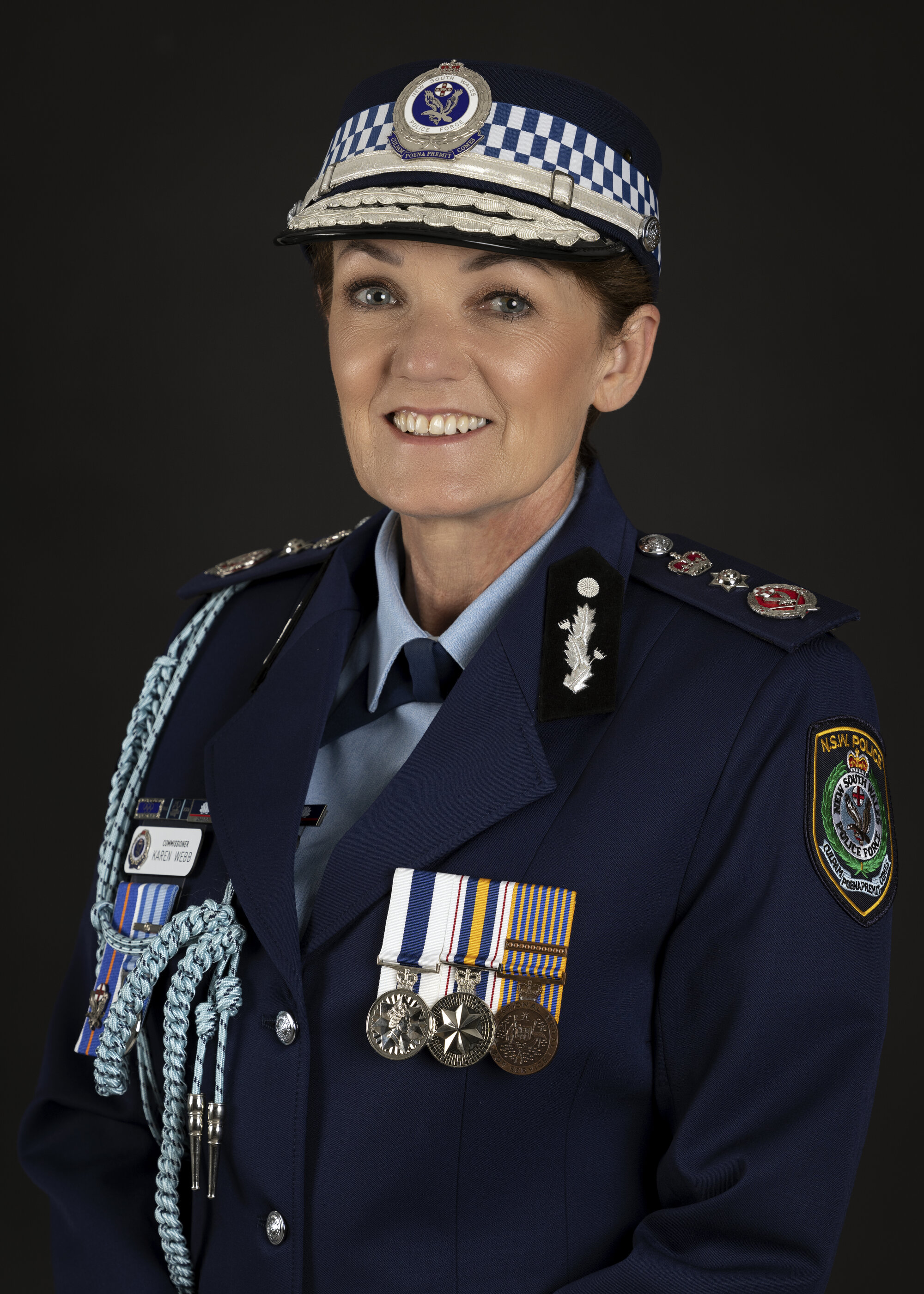 Ma’am Webb has also served as the Corporate Sponsor for Women in Policing, LGBTI and Victims of Crime & Customer Service.

In August 2017 she was promoted to the rank of Assistant Commissioner at the Police Transport & Public Safety Command where she was responsible for several frontline and  specialist commands including the Police Transport, Aviation, Dog, Major Events & Emergency    Management Command, Marine Area Command, Mounted Unit and State Planning Unit.

In 2018, Commissioner Webb was appointed to the NSW Police Legacy Board and to the State Rescue Board. She was appointed the Deputy State Emergency Operations Controller in 2019 and worked closely with the emergency service agencies during the bushfires, floods and COVID-19 pandemic.

In June 2020, Ma’am Webb was appointed as the first female Commander of the Traffic & Highway Patrol Command before being promoted to Deputy Commissioner, Corporate Services a year later.

In November 2021, Premier Dominic Perrottet announced Ma’am Webb’s appointment as the 23rd Commissioner of the NSW Police Force. Commissioner Webb was formally sworn in at a ceremony in her hometown of Boorowa in February 2022, becoming the first woman to hold the position in the history of the state.

Commissioner Webb is a proud working parent of two sons.