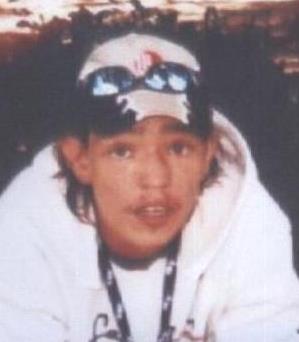 The NSW Government has announced a significant increase in the reward for information that leads to the recovery of Bathurst man, Andrew Russell, who has been missing for almost nine years.

Andrew Russell, then aged 23, was last seen leaving a home on Slim Street, Bathurst, about 8pm on Tuesday 2 June 2009.

As Andrew left the home, he told the residents he was going to see his family. He has not been seen or heard from since.

Despite extensive investigations and searches over the years, Andrew’s body has never been located, and no one has been convicted in connection to his death.

The matter was subject to a Coronial Inquest in 2015, which returned a finding that Andrew had likely been murdered around the time he disappeared.

Investigations to locate Andrew’s remains are continuing with the assistance of the Homicide Squad’s Unsolved Homicide Team.

As their investigations continue, NSW Minister for Police, Troy Grant, has announced a $750,000 NSW Government Reward for information which leads to the recovery of Andrew Russell’s body.

Investigators were joined by Andrew’s family to appeal for information from the community today (Friday 2 March 2018).

“This case remains close to the heart of this Police District, and detectives are committed to finding Andrew,” Supt McDonald said.

“In the years since his disappearance, we have searched extensively to determine what happened to him, and we will continue until we know the facts and bring him home.

“We know someone knows exactly what happened to Andrew and we believe there are others who can help us find him.

“Those people now have 750,000 reasons to come forward and allow his family to lay him to rest with the dignity and respect Andrew deserves,” Supt McDonald said.

Police are urging anyone with information that may assist Strike Force Renshaw investigators to call Crime Stoppers on 1800 333 000 or use the Crime Stoppers online reporting page: https://nsw.crimestoppers.com.au/ Information you provide will be treated in the strictest of confidence. We remind people they should not report crime information via our social media pages.