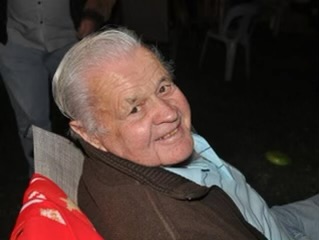 A $250,000 reward for information has been announced as Homicide Squad detectives reappeal for public information on the anniversary of a fire which killed 81-year-old John Flamish at Parramatta five years ago.

Just before 4am on Monday 5 June 2017, emergency services were called to a fire in the ground floor car park of a unit block on Early Street, Parramatta.

Fire and Rescue NSW fire fighters located 81-year-old, John Flamish, in the car park who, despite the efforts of NSW Ambulance paramedics, died shortly after arriving at Westmead Hospital.

Mr Flamish had been staying with a friend who lives in the complex and is believed to have been attempting to extinguish the fire.

A crime scene was established at the unit block and examined by specialist forensic officers.

Initial inquiries determined the fire had been deliberately lit.

Detectives from the State Crime Command’s Arson Unit, together with officers from Parramatta Police Area Command established Strike Force Badsi to investigate the circumstances surrounding the fire and the man’s death.

Despite extensive investigations over the past four years, no one has been charged in relation to the fire or Mr Flamish’s death.

Following a Coronial Inquest in September 2020, the matter was referred to the State Crime Command’s Homicide Squad for reinvestigation.

Homicide Squad Commander, Detective Superintendent Danny Doherty, said extensive inquiries were conducted at the time of the incident and detectives are now re-examining all available evidence to identify those responsible.

“Over the past four years, police have spoken with dozens of residents and other witnesses about the blaze – which was determined to have been deliberately lit,” Det Supt Doherty said.

“Five months after the fire, police released CCTV vision and appealed for anyone with information to come forward. Today we are re-examining all CCTV vision and are renewing our appeal to the public.

“The person/s involved in lighting this fire, cost a much-loved father and friend his life – and it is time that they are held responsible for their actions,” Det Supt Doherty said.

John Flamish’s daughter, Jenny Clarke, said her family would never give up in the search for the person or persons responsible for his death.

“My father was a retired and respected businessman who loved his family and life in general but was tragically in the wrong place at the wrong time,” Ms Clarke said.

“Ever since dad died my family has been dealing with immeasurable pain, and I am pleading with anyone who may know about the events which led to his death to come forward.”

Anyone with information that may assist Strike Force Badsi detectives is urged to contact Crime Stoppers: 1800 333 000 or https://nsw.crimestoppers.com.au. Information is treated in strict confidence.