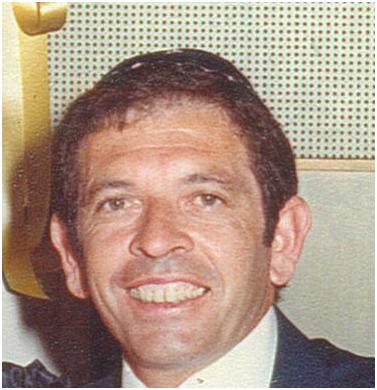 Minister for Police and Emergency Services Michael Gallacher today announced a $100,000 reward by the NSW Government for information relating to the shooting murder of Charles Faul in Redfern more than 25 years ago.

Mr Faul, 40, was found slumped in the driver’s seat of his red Ford Falcon sedan in Woodburn Street about 6pm on 15 May 1986. He had suffered multiple gunshot wounds.
He was due home that night to celebrate his son’s 13th birthday, but never arrived.
“I plead with anyone in the community who knows what happened to Mr Faul to come forward,” Minster Gallacher said.
“There are people out in our community who know what happened or who is behind Mr Faul’s death.
“All it takes is one phone call to Crime Stoppers to help a family find the closure they need and deserve,” Minister Gallacher said.
The Homicide Squad’s Unsolved Homicide Team is re-investigating Mr Faul’s murder under Strike Force Surfway and is hoping the government’s reward will be an incentive for someone to come forward with information.
In particular they are hoping a woman who spoke to police in the days following the murder will come forward again.
“Charles Faul owned a service station on Botany Road at Waterloo and had been a taxi driver prior to that, so he was a well known face to many,” said Detective Chief Inspector John Lehmann from the Unsolved Homicide Team.
“He was married with two children, and was due home to help his son celebrate his 13th birthday on the night his body was found.
“It’s been a long 27 years of not knowing why Mr Faul was targeted and his family are still looking for answers. We are hoping someone will come forward with that information.
“In particular we want to speak to a woman who made a report to Kings Cross Police in the days following the murder.
“We understand she came forward after media reports about Mr Faul having been a taxi driver and we believe she could assist investigators with important information.”
Mr Faul’s family is also pleading to the public to help solve this murder and bring some closure.
“Twenty-seven years ago, we lost a father, husband, a brother and a son. We don’t know why and we don’t know who. What we do know is that we are still feeling the immense impact it has had on us, and the consequences that last a lifetime,” Mr Faul’s son Allon said.
“Our family would like to plead with the public, for anyone to come forward with any information that will help solve my father’s murder and bring some justice.”
“Mr Faul was a family man, who never made it home for his son’s birthday. Now is your opportunity to do the right thing and provide the answers to his family’s many questions,” Minister Gallacher said.
The reward of up to $100,000 is available for information that leads to the arrest and conviction of the person or people responsible for Mr Faul’s death.
Anyone with information to assist police should call Crime Stoppers on 1800 333 000 or use the Crime Stoppers online reporting page:

Information you provide will be treated in the strictest confidence.