Police and family members have today welcomed a $100,000 NSW Government reward for information about the fatal stabbing of Samer Kirnawi in Sydney’s south-west two years ago. 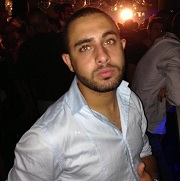 Mr Kirnawi, 21, from Edensor Park, presented at Fairfield Hospital with a stab wound to the neck on Tuesday 19 August 2014.

He underwent emergency surgery but died about 4.45pm.

Police are still trying to establish the circumstances surrounding Mr Kirnawi’s death but have been told he attended the intersection of Smithfield Road and Mistral Street, Greenfield Park, just before 3pm, where he was stabbed.

Fairfield Local Area Commander, Superintendent Peter Lennon, today welcomed the reward of $100,000 for information which leads to the arrest and conviction of the person or people responsible for Mr Kirnawi’s death.

“This has been an extensive investigation over the past two years with detectives examining a number of different lines of inquiry, but we need the community’s help to progress it further,” Supt Lennon said.

“We do hope that the $100,000 reward will be the incentive needed for someone to come forward and tell us what they know.

“It has been a long two years for Mr Kirnawi’s family and they deserve to see the person or people responsible for his death put before the court.”

“There is someone out there that must know someone and I hope this reward is the push they need to contact police,” Mr Kirnawi said.

“We miss our son terribly and want to see justice served.”