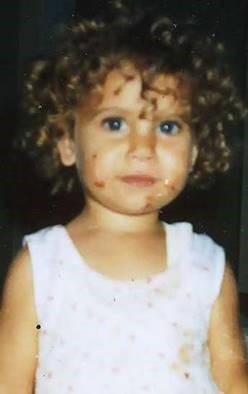 The NSW Police Force has announced that the reward for information into the murder of Bowraville child Evelyn Greenup has been increased to $1 million.

Evelyn Greenup disappeared after being put to bed at her grandmother’s Bowraville home on Thursday 4 October 1990.

Her remains were found in bushland near Congarinni Road on Saturday 21 April 1991.

While the post mortem did not conclusively determine the cause of death, it was noted that a skull injury was consistent with a forceful penetration by a sharp instrument.

Evelyn’s murder – as well as that of her 16-year-old cousin Colleen Walker-Craig, and 16-year-old Clinton Speedy-Duroux – were originally investigated separately, before being linked by the Homicide Squad under Strike Force Ancud.

A man has previously been charged on separate occasions over two of the children’s murders and was subsequently acquitted.

In February 2020, the reward for information into the murders of all three children was increased to $1 million, and later that year, an investigative and forensic review conducted by Unsolved Homicide Unit investigators.

Following consultation with the families, investigators sought to have separate $1 million rewards for information to help solve each murder, which now apply.

“The murders of Colleen, Evelyn and Clinton have never been forgotten by the local community or police – and I hope further increasing the reward for information reflects this,” Det Supt Doherty said.

“Investigators remain conscious of the fact the families of each child have endured numerous appeals, inquests and adverse court outcomes – but we’re desperate for additional information so we can resolve these murders.

“We know there are people out there who have not approached police and have information about who is responsible; now there is an even greater financial incentive to change that,” Det Supt Doherty said.

Anyone with information that may assist investigators is urged to contact Crime Stoppers: 1800 333 000 or https://nsw.crimestoppers.com.au.  Information is treated in strict confidence. The public is reminded not to report information via NSW Police social media pages.