A $1million NSW Government reward has been announced on the 21st anniversary of the kidnapping and suspected murder of Bathurst teenager, Jessica Small. Jessica Small, aged 15, was last seen in the early hours of Sunday 26 October 1997 after attending the ‘Amuse Me’ amusement centre on Russell Street, Bathurst, with a female friend.

The girls were attempting to hitch-hike home and entered a white-coloured sedan driven by an unknown man.

Police were told the man stopped the car on Hereford Street, Bathurst, and turned off the head-lights, and assaulted both girls, attempting to detain them in the vehicle.

Jessica’s friend was able to escape and alert nearby residents, but the car drove off with Jessica still inside.

Investigators believe the last sighting of the vehicle was near Duramana Road and Willott Close, Eglinton, travelling toward Hill End.

Jessica has not been seen or heard from since and Deputy State Coroner, Magistrate Sharon Freund, found at a 2014 Coronial Inquest that Jessica had been murdered.

In January 2015, a $100,000 NSW Government reward was announced for information leading to the arrest and conviction of any person/s responsible for Jessica’s murder.

The matter was referred to detectives from the Homicide Squad’s Unsolved Homicide Unit, who are continuing to re-investigate the circumstances surrounding Jessica’s abduction and suspected murder under Strike Force Carica II.

To assist with ongoing investigations, the Minister for Police and Emergency Services, Troy Grant, announced the NSW Government reward for information has been increased to $1million.

“The NSW Government is committed to providing police with the resources they need to solve crimes and delivering justice for victims, and the rewards system is part of that commitment,” Mr Grant said.

“Last year, we worked with police to modernise the reward system, and today we’ve announced the fifth $1million reward.

“While 21 years have passed since Jessica Small was abducted, police have never given up on catching her abductor, and I know the community still want to see justice served.”

“Since its inception, Strike Force Carica II detectives have been diligently conducting inquiries into Jessica’s disappearance – both here in NSW and interstate,” Det Supt Cook said.

“A considerable effort has been put into locating the old white sedan that Jessica and her friend were picked up in.

“The vehicle itself was not overly distinct, but we know there were holes in the passenger-side foot-well – Jessica’s friend reported being able to see the road while they were driving.

“We’ve forensically examined numerous vehicles similar to that described by witnesses, but we have yet to find the car.

“Investigators believe the Eglinton sighting is significant – it’s a fairly remote area and at that time, most of the roads weren’t sealed, so we expect the driver had local knowledge.”

Despite speaking with hundreds of people, detectives believe there could be someone else out there with new information that could assist the investigation.

“We hope by refreshing the case in people’s memories – and with this significant increase in the reward – we get that missing piece of the puzzle; the information that leads to an arrest,” Det Supt Cook said.

“We have received incredible support from the community and thank the Minister and NSW Government for increasing the reward.

“Detectives will explore every line of inquiry in hope of finally getting justice for Jessica and providing answers to her family,” Det Supt Cook said.

The reward can be provided to anyone who has information that leads to the arrest and conviction of the person/s responsible for Jessica’s disappearance and murder.

Anyone with information that may assist Strike Force Carica II investigators is urged to contact Crime Stoppers on 1800 333 000 or https://nsw.crimestoppers.com.au. Information is treated in strict confidence. The public is reminded not to report crime via NSW Police social media pages. 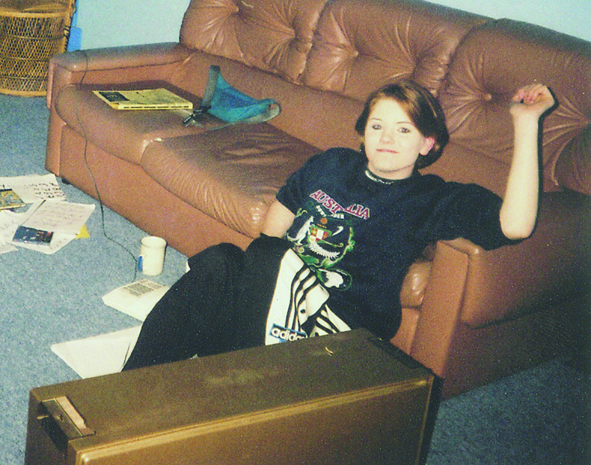