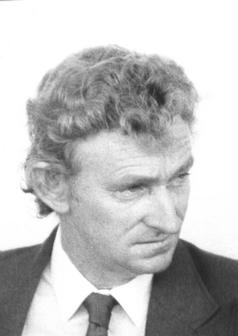 Detectives investigating the 1984 murder of racehorse trainer, George Brown, have today welcomed the announcement of a $1 million NSW Government reward for information.

The body of 38-year-old George Brown was found in a burnt-out Ford Falcon sedan in bushland at Bulli Tops just before 11pm on Monday 2 April 1984. Mr Brown died from head injuries inflicted prior to the vehicle fire.

Local and Homicide Squad detectives conducted numerous inquiries at the time and in the years following; however, no one has ever been charged for his murder.

In acknowledgement of today’s 35-year anniversary and to assist with ongoing inquiries, a $1 million NSW Government reward has been announced.

“We know George Brown worked at the horse stables at Rosebery throughout the day and evening where he was last seen 35 years ago, but he did not arrive at his Kensington home as planned,” Det Supt Cook said.

“A significant aspect of the investigation is around one of Mr Brown’s horses who performed poorly at a race meet in Doomben, Brisbane, two days before his death.

“We would like to hear from anyone with information about possible race-fixing at that meet or anyone who knew of any fears or concerns George held from any person or group just prior to his murder.

“Investigators are also interested in the movements of Mr Brown’s vehicle, a 1973 green Ford Falcon sedan with NSW registration ‘GMH 498’, so if anyone remembers seeing that car, we would like to speak to you,” Det Supt Cook said.

Mr Brown’s sister, Jean O’Leary, said the family have never given up hope of finding out what happened 35 years ago.

“I had a very close relationship with my brother, George, and helped raise him after our mother died,” Mrs O’Leary said.

“George was a good man and his death has impacted our entire family.

“Every year since he was murdered, I have hoped that someone would come forward because it’s the right thing to do.

“This year, now there is a $1 million reward on the table, I am pleading with anyone who knows something to contact the police,” Mrs O’Leary said.

The reward can be provided to anyone who has information that leads to the arrest and conviction of the person or people responsible for Mr Brown’s death.

Anyone with information that may assist Strike Force Comboyne investigators is urged to contact Crime Stoppers: 1800 333 000 or https://nsw.crimestoppers.com.au.Information is treated in strict confidence. The public is reminded not to report crime via NSW Police social media pages.