Detectives re-investigating the 1999 murder of teenager, Michelle Bright, are appealing for community assistance as the NSW Government reward for information increased to $1 million. 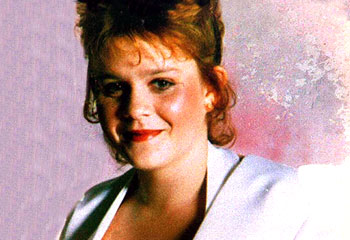 Michelle Bright, then aged 17, was last seen alive on Saturday 27 February 1999, when a friend dropped her off at Herbert Street, Gulgong, after a birthday party.

Three days later, her body was located in long grass by the side of Barneys Reef Road.

Local investigators, together with Homicide Squad detectives, conducted numerous inquiries at the time and over the past two decades, however, no one has been charged in connection to her murder.

In 2000, the NSW Government offered a $100,000 reward for information that would lead to the arrest and conviction of those responsible for Michelle’s death.

During the 2009 Coronial Inquest into her suspected murder, the Coroner recommended the reward be increased to $500,000, which was granted by the NSW Government.

Following a review under the Homicide Squad’s new processes, the matter is now being re-investigated by detectives from the Unsolved Homicide Unit under Strike Force Mitcham II.

To assist with their inquiries, the NSW Government has increased the reward for information to $1 million.

Minister for Police and Emergency Services, David Elliott, says this crime is as shocking today as it was when first discovered.

“It is frightening to think a child can’t attend a birthday party and return safely to her family,” Minister Elliott said.

“After two decades of unanswered questions, Michelle’s family deserve to know who took the precious life of their much-loved daughter and sister.

“Someone must have seen or heard something. If you have any information at all regarding Michelle’s death, please contact police. Even the smallest bit of information could help solve this crime. It’s never too late,” Minister Elliott said.

“Michelle’s murder was a horrific crime that shocked the small town of Gulgong and caused unimaginable grief to her family,” Det Supt Doherty.

“Initial inquiries revealed Michelle was sexually assaulted before her death, and as part of ongoing investigations, detectives are re-examining similar incidents of sexual assault on young women in the Gulgong area around that time.

“In addition, a full forensic review of evidence obtained over the past 21 years is being conducted by specialist investigators.

“A second line of inquiry currently being explored by Strike Force Mitcham II investigators, relates to information about a red XF Falcon wagon.

“A number of vehicles of interest have been identified during the course of this investigation, and anyone who may remember seeing a red XF Falcon wagon in the Gulgong area around the time of Michelle’s disappearance, is urged to come forward,” Det Supt Doherty said.

“Michelle was our much-loved bubbly, adventurous, cheeky daughter, who was only at the beginning of her life when she was so cruelly taken from us,” Ms Bright said.

“After 21 years of indescribable pain, we are hoping that someone will come forward and help police put those responsible for taking Michelle’s life away behind bars.

“Our family cannot rest until we have the answers that we need to finally see justice served for Michelle.”

Anyone with information that may assist Strike Force Mitcham II detectives is urged to contact Crime Stoppers: 1800 333 000 or https://nsw.crimestoppers.com.au. Information is treated in strict confidence. The public is reminded not to report crime via NSW Police social media pages.